This week I feel like I finally took a step in the right direction.

This may seem like just a small change in a cliched phrase, but to me it means so much more. I talk a lot of talk about changing your life and following your heart and doing what you feel is right for you without caring what others will think. However, up until this moment, I haven't lived it at all. Thus far my life has been a life of passively allowing things to happen to me, blaming my circumstances, and avoiding conflict to the degree that I allow myself to be trampled and abused in the process.

I'm willing to admit that I have done this in every aspect of my life. Work, family, lovers, and a handful of other vital categories. Nothing has been safe from my unwillingness to live the life I so loved to advise others to live. It's so easy to look at other peoples' lives and dish out this idealist advice, but when it comes to our own lives, we shy away and take the path of least resistance.

I have to thank my friends that don't let me get away with it. The friends that challenge me and don't let me tell myself dirty lies are the friends that I keep the closest. They called me out on my unlimited excuses to why I couldn't make a change, why I had to wait, why it wasn't smart for me to make a change yet. I was quick to explain why my situation is different, why I'm different. But the reality is, why shouldn't I, too, take the active steps to eliminate unnecessary negativity from my life?

The truth is I was scared. I always have been. I have been terrified of hurting other peoples' feelings or disappointing people my whole life. I would rather passively accept less than the best than actively pursue what I want and accept that I might fail. Recently, there finally came a moment where I realized I had had enough. It wasn't a specific date or time (not a birthday or a New Years resolution), just an overwhelming feeling of "This is not how I'm going to live anymore."

The first step in actively pursuing a new life was eliminating content from my old one. The first thing that had to go was my job. There was no opportunity for growth and the environment was manipulative and controlling. To be honest though, the main reason was, I didn't want to do that job anymore and the only reason I was doing it was for money, but the job was making me sick, which was costing me money. The only answer was to be honest and get out.

The scariest and most exciting part of this is I really don't know what I'm going to do next. I am moving somewhere for I don't know how long and I don't have a solid job yet. It is terrifying to admit that I truly don't know what's in store for me next. All I know is that I'm doing this for myself. I'm done pretending. I know that this is a necessary step for me to start to live a life that I want to live.

Now is the chance for me to live as I have told countless others to live. I am going to believe in myself and embrace the chaos of cleansing my life. I know that it will be different and beautiful.
Posted by Ryann at 12:06 AM No comments:

What's an adventure without the unexpected?

Adventure is all about the art of letting go. Letting go of what you thought it was going to be like, letting go of that little voice inside you that says maybe you should've stayed home, and letting go of negativity. I, for example, have the worst time with directions so I often wouldn't do something unless someone who knew the way was there with me or I had a DETAILED perfectly drawn and labeled map. Now I think of my "problem" with directions as my blessing. I find the best things when I get lost. Now instead of being afraid to go out because I get lost, I purposely go out knowing that I have a tendency toward taking wrong turns. Most of the time I don't reach my intended destination but I see some pretty amazing sights. Other times I reach my destination, but then I get lost trying to get back to where I started. Through my experiences, I've learned that panicking gets you nowhere and since you always have to be somewhere, might as well enjoy it. Google maps on my iPhone is my savior though when I'm in a time crunch and really do have to make it somewhere.

Another part of adventure is accepting certain facts that you cannot change. For example, I arrived in Japan and stayed in Kinomoto for a few days and left my belongings there, bringing only necessities for a few days in Osaka for teacher training. Well the day before my training ended, they told me I wouldn't be going back to Kinomoto or moving into my new apartment in Hikone just yet. I wouldn't even have time to get new things or repack. I was going to Izumo in Shimane prefecture for a little over a week. My initial reaction was shock and frustration, then I realized, I had no choice in the matter, so why be upset the whole time. My time in Izumo was so valuable to me now that I can't imagine my time in Japan without it. My company paid for my 6 hour bus ride and 2 hour train ride and I got to see a part of Japan many people will never see. A friend from college also just happened to be staying there so it all worked out that I got to see him too! Crazy how sometimes the best adventures are the least expected ones. 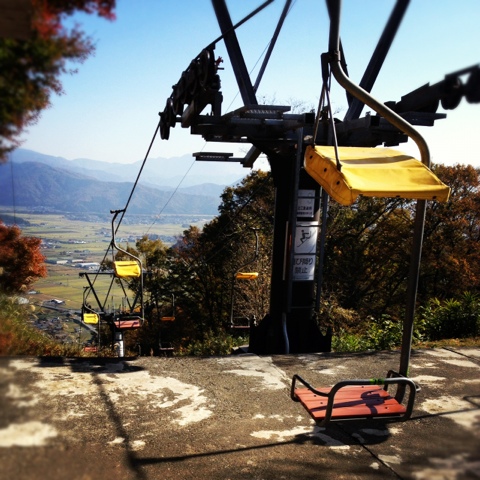 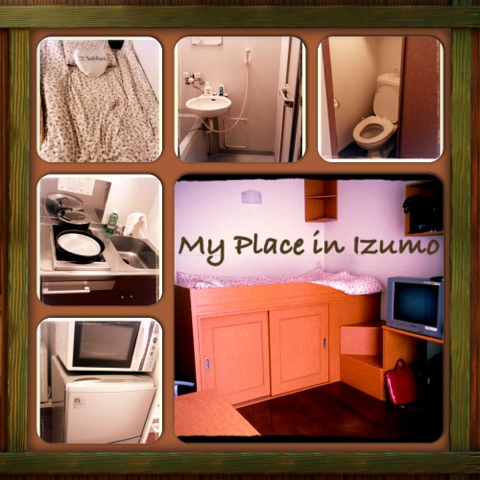 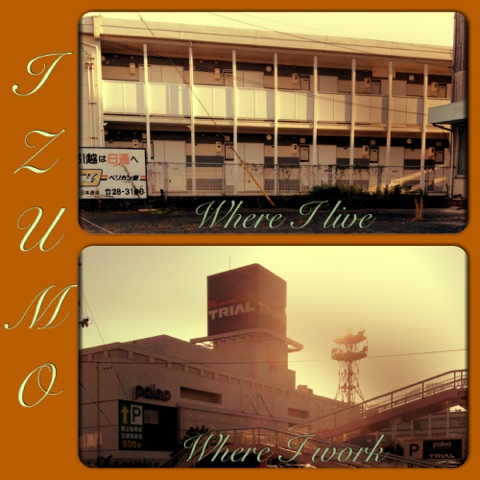 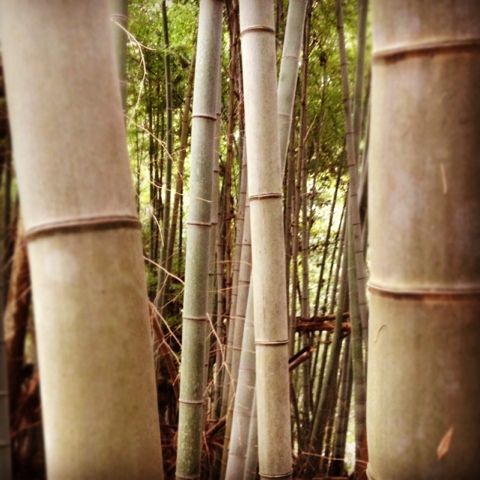 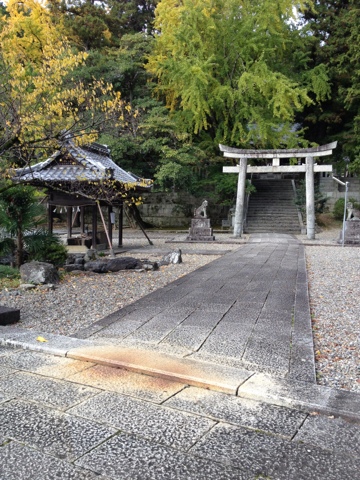 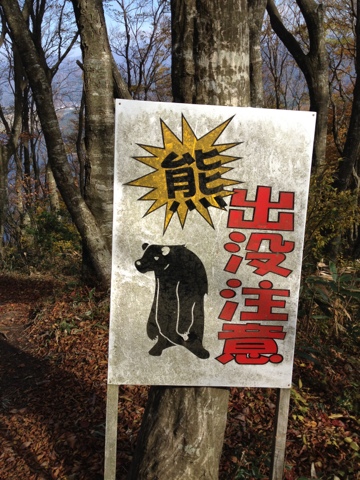 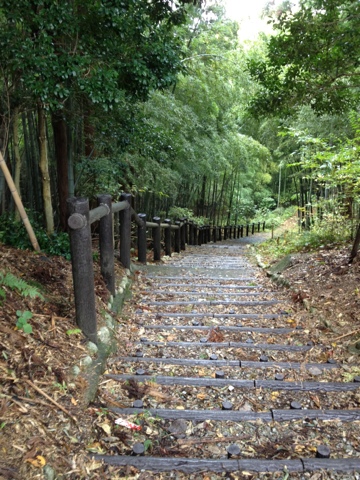 What an amazing adventure! I am absolutely in love with this country even though I have seen so little of it! Although I recognize I might be in my honeymoon stage with Japan (today was my first real day exploring, shopping, speaking), there are so many amazing things to see.
Right now, I am in Kinomoto, a small town in the northern part of Shiga prefecture near Lake Biwa. It is such a beautiful little town. There is a gorgeous temple right up the street from where I am staying right now and I have walked to it twice already just to admire it.
The temple is the obvious part of the allure to this city, but today I decided to walk down a bunch of side streets and it is so neat to see the different styles of buildings and also the little shops that people live in the top floor and open shops on their bottom floor. I have already seen incredible artwork and had a lot of fun speaking with one shop owner (in VERY broken Japanese) about the history of Sake.
Not too far from the temple, I had my first encounter with Heiwado, I would mark it as the equivalent of Walmart, but higher quality. It has everything you could ever imagine and its many stores in one. The one in Kinomoto has a clothing store, cosmetic/cleaning/health store, and then the grocery store. I know now though that not being able to read Japanese is going to be a challenge. It took me a lot longer to figure out what everything I was looking at was and so even a little task like trying to find body wash took me quite some time. Not only am I unable to read the aisles and what they contain, I can't read the labels on anything!!! Luckily if one has the English translation of let's say "Shampoo", then I was able to look at the Japanese writing and figure out the difference between the Shampoos, Conditioners, and other hair products. I felt like Japan was going to be very survivable once I figured that out. My next goal is to come up with shopping lists and write them in English, find the Japanese writing online, copy it, and then find everything from that! (My theory is it will make it a little faster, and I might learn more Japanese!) The next challenge is having a food allergy, although mine is not a deadly one, it is enough to make me a little wary of EVERYTHING! Especially since Japanese cuisine LOVES to put fish in everything. I mean even unexpected places like rice crackers. But, I still had a fairly successful trip to the grocery store and even cooked my first meal in Japan! It was egg drop soup with cabbage, carrots, bean sprouts, and rice noodles, and red chili sauce. So far so good, and we'll see how my journey continues in Nihon-land!

Pursuit of Peace, Love, and Happiness

I found the photo that must have been made just for my site!!! Although it makes it sound like I am not happy... I still like the meaning.
To me my "pursuit" is about enjoying my journey and continuously striving to maintain and find new positive things in my life. I already have many of the things I am pursuing; peace, love, and happiness. However, all of those elements are in a state of constant change. You can always reach them but never keep them. As your life changes, so do the things that bring you these feelings. The constant and never ending pursuit is part of what drives me and excites me to wake up another day and put myself out there. Some days I find excitement in doing things that are WAY out of my comfort zone, i.e. roller coasters, and other days, all I want to do is spend my day reading a book in bed, or spending time with familiar faces. A lot of it has to do with doing what feels right that day and deciding when to push yourself to do something you have reservations about. All I know is this pursuit will have no ending but be a constant lifelong journey where I'll be achieving peace, love, and happiness, but I will have to continue to re-achieve it and re-achieve it over and over again. It's a pursuit to live the life I've been given to the fullest.
Posted by Ryann at 11:10 AM No comments: